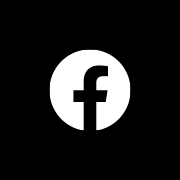 Included are comments from the development team, as well as a glimpse of the major improvements and enhancements planned for the official release.

- Gorgeous graphics.
- I thought the story was fascinating.
- Nice character settings and designs.
- The music is beautiful.
- I liked the battle system.
- I'm looking forward to the new entry of the NieR series.

A message from the development and management teams

Nearly 91.7% of respondents to our survey gave us an overall satisfaction rating of "very good" or "good".
Despite the many bugs and unfinished elements in the closed beta version, 87.5% of the respondents considered the game a must-play after official release.
We are aware that there are still some issues that need to be addressed, and are planning to actively update the game after its release so that it can meet everyone's expectations.

- I want Japanese voice language options.
- There was a steep difficulty curve.
- I would like tutorials for the battle screen, team screen, and upgrade screen.
- There wasn't enough upgrade material available.

A message from the development and management teams

Nearly 81.2% of the respondents rated the difficulty level as "very appropriate" or "adequate".
Furthermore, nearly 96.9% of the respondents rated the language used in the game as "very easy to understand" or "easy to understand".
On the other hand, we received a lot of requests for a Japanese language voice option.
To address this, we've added a feature during development that will allow players to enjoy Japanese voices with an English UI upon release.
In addition, since we've received a number of requests to make the game easier to understand, we are planning to provide guides in the game and on social media pages to make it as accessible as possible for players.

We'd like to extend our gratitude to those who took the time to fill out this survey and report bugs to us.
Among the feedback we've received, we would like to touch on battles and available countries, which were frequently mentioned in the free comment section.

First, regarding battles, we received many requests for additional action elements.
We want to make NieR accessible to a wide range of players, and we want them to be able to play it for a long time without getting tired. This is why we adopted a command-based battle system that is essentially automatic.

We have aimed for a playstyle that maintains the quality of the character movements and effects that were highly praised in earlier series installments.
The goal is to have battles that are exhilarating to watch without sacrificing the visual flexibility and sophistication of previous games.
Second, while the closed beta test was limited to a few regions, the official release will be available for more countries and regions.

These are just a few of the comments we received among many.
In order to meet your expectations, we will continue to make a wide array of improvements in addition to those reported here.

We will continue to update game features and add content as needed in hopes of providing everyone with a long-lasting, personalized NieR experience.

Thank you very much for your ongoing support of NieR Re[in]carnation.